Mike Phelan hopes to return to management after departure from Hull 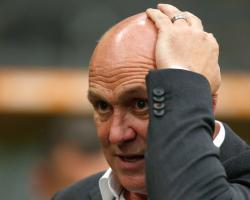 Phelan was sacked from his role at the KC Stadium earlier this month after just 85 days in full-time charge of the struggling Premier League club.

But the former Manchester United assistant is keen to put the experience behind him and pursue other opportunities as they arise.

"It (management) was the next step - I wanted to find out whether I was capable of doing that sort of role and I felt good.

"It has whetted my appetite to stay in the management game

Obviously I can do the coaching and assistant bit, but it's just a case of sitting back and seeing what develops."

Phelan believes his chances of success at Hull were minimised by the ongoing ownership uncertainty which restricted activity in the pre-season transfer window.

He added: "There was a lot of running around and possibly a little bit of panic set in in order to get the bodies into the club.

The supporters are disgruntled and they have been for a year or so, so it doesn't help."