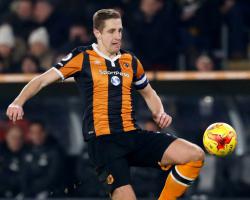 The 33-year-old defender, who has missed the Tigers' last six matches due to a calf injury, is expected to join back up with Marco Silva's squad later this week.

The club confirmed on their official website: "Dawson hasn't played since the 0-0 draw with Manchester United at the start of February, but is likely to be given the green light to join the rest of the first-team squad as they prepare for next Saturday's home game against West Ham United."

Meanwhile, the Tigers have confirmed goalkeeper David Marshall is likely to return to the squad in time for the visit of West Ham

Marshall was withdrawn from international duty with Scotland last week due to a hip injury.