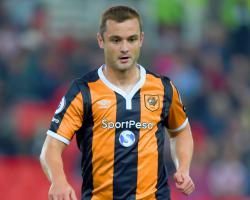 The Tigers' point from Saturday's 1-1 draw against Burnley at the KCOM Stadium, Silva's sixth league game in charge, was not enough to lift them out of the bottom three.

But Maloney said the Portuguese has lifted the sense of forboding and replaced it with an air of confidence.

"I think just overall, from the last six to eight weeks since the manger came in, there's just been a massive turnaround among the squad and the supporters," Maloney told the club's official website.

"There's a feeling of optimism

We do believe we can stay in this league.

"We'll obviously have to improve on this performance, but we've got that optimism and generally the feeling is that we can do it."

Silva could not hide his disappointment after his side let slip the lead against Burnley.

Tom Huddlestone converted a 72nd-minute penalty after Michael Keane was adjudged to have handled, squeezing the ball inside a post despite Burnley goalkeeper Tom Heaton getting a hand to it.

Silva said his side can play better and quickly turned his focus to next week's game at relegation rivals Leicester, who dropped into the bottom three after Crystal Palace's win against Middlesbrough.

"I don't think he's going to step back," Maloney said of the 39-year-old former Olympiacos coach

There's an intensity about him, every day in training

"We'll go through what we didn't do right (against Burnley)

I think he was pretty disappointed with parts of the game, as we all were.

"We can certainly improve, but there's been some pretty dark moments during this season and it doesn't feel anything like that under this manager."

Burnley are still without an away win in the top flight this season - it was only their second point gained from 12 games on the road.

But defender Matt Lowton saluted team-mate Keane for hauling his side level so quickly after conceding the penalty.

"We've shown character all season and to come back - it was a great goal from Keano that gets us back in it and in the end it's a good point," Lowton told Burnley's official website

"I've not seen (the penalty incident) back, but he was adament that he was pushed, so it was unfortunate to concede it

Tom nearly saved it as well.

"But to make amends the way he did

It was a great touch and a great finish and it must have been nice for him to get us back level."

Burnley moved up one place to 11th, 10 points above the drop zone, and will get the chance to register that elusive first away success with league games at Swansea, Liverpool and Sunderland looming in quick succession.

"It's a great position for us to be in," Lowton added

"We've given ourselves a great platform to keep going right until the end of the season."

Burnley boss Sean Dyche appeared the happier of the two managers, despite feeling aggrieved at the stoppage-time dismissal of striker Ashley Barnes for his second yellow card