​Leeds United are ready to launch a loan bid for Hull City forward Jarrod Bowen, with a view to a permanent move if they get promoted.

Marcelo Bielsa's side currently find themselves second in the Championship and are on the lookout for attacking reinforcements to ensure they seal promotion, ideally as league champions. 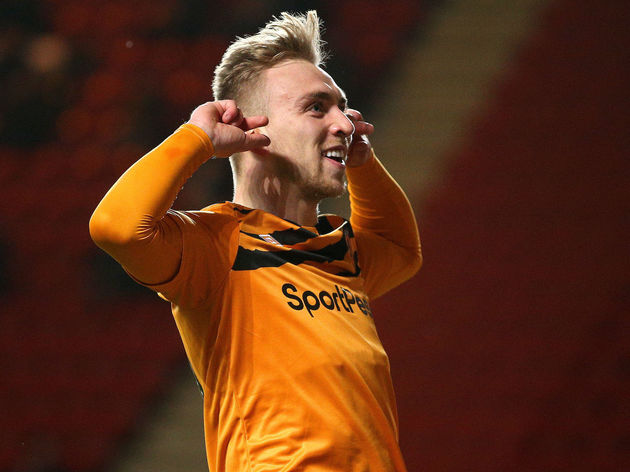 According to The Sun, they see Bowen as the perfect man to help their cause. They are prepared to pay a £3m loan fee to try and convince their rivals to part ways with the 23-year-old, and they would pay up to £15m to sign him permanently if they are promoted.

Bowen has fired 17 goals in 29 appearances in all competitions, but is tipped to leave the club soon as he is approaching the end of his contract. His current deal runs until the summer, although Hull do have the option to extend that by a further year.

With a renewal looking unlikely, Hull are willing to part ways with Bowen for around £20m, so this offer from Leeds would certainly give them something to think about.

However, a source has told 90min that Hull are likely to reject a loan bid, meaning Leeds may need to look elsewhere as they seek to bolster their squad for a title fight.

​Newcastle United also retain an interest in Bowen, with manager Steve Bruce desperate to recruit some fresh faces and spruce up his lacklustre attack.

90min has learned that they remain ​confident of striking a loan deal for Inter's Valentino Lazaro following Ashley Young's move to San Siro, but they are also interested in bringing Bowen to St James' Park as well.