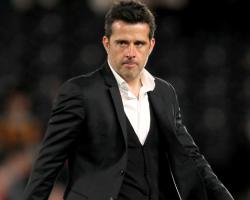 Thompson was at the helm when the Tigers secured automatic promotion to the top flight in 2013 and although Steve Bruce led them straight back following relegation in 2015, their latest Premier League adventure lasted just one season.

"It will be a very big summer," Thompson told Press Association Sport

"I'm waiting in hope rather than expectation to see them mount a serious promotion challenge.

"They've got to get the right manager in and rebuild a squad that is capable of playing 46 games and various cup games.

"The Championship is very demanding

You have to have a squad big enough and mature enough to handle all these games and until you see a squad taking shape it's difficult to say which way the club will go."

Although Marco Silva's bid to save Hull this season ended in failure, the club received more than ÃÂ£97million in prize money and Thompson believes they will have a surplus of ÃÂ£35million available to reinvest in their playing squad.

The Tigers are reportedly set to appoint Leonid Slutsky as Silva's replacement and the former CSKA Moscow and Russia coach faces a huge task if they are to mount another promotion challenge.

Defender Curtis Davies has joined Derby for an undisclosed fee and Tigers fans are bracing themselves for a mass player exodus, with the likes of Harry Maguire, Andrew Robertson and Tom Huddlestone all linked with moves away from the KCOM Stadium.

"How do the owners want to use that surplus? As a war chest for a promotion drive in the Championship? It remains to be seen," Thompson said.

He feels the appointment of Slutsky would be a good start.

"If you're looking for a coach to come in, you could not pick someone much better than someone who has close relations with Roman Abramovich," Thompson added.

"If you are to rely on loans then Chelsea is as good a club to get them from as anywhere, but the challenge for an overseas manager is how long it takes to come to terms with the English game.

"Marco Silva did it quickly, but some never do and it's a bit of a lottery.

"Silva was remarkable in that he persuaded the vice-chairman, who had resisted in investing in players, to bring in a lot in January."

Thompson quit his role with Hull after just over a year to spend more time with his family after his wife had a serious health scare.

He is ready to return to a senior administrative role in sport after spending almost three years as chief executive officer of Gradwell Communications, while helping Bath City secure community ownership and a sustainable business model.