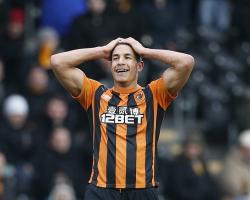 Livermore, 25, admitted a breach of the FA's anti-doping regulations, but revealed at an independent regulatory commission hearing last week that the death of his new-born son Jake Junior in May 2014 had had a significant impact on him.

In its written reasons, published on Thursday, the commission ruled that the offence "only occurred as a result of the severe impairment of Mr Livermore's cognitive functions and judgment caused by the circumstances for which he was in no way at fault".