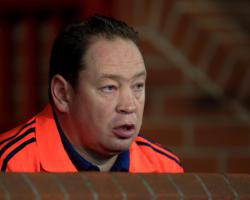 It is widely reported that the 46-year-old Russian, who has been living in London since January, has held talks with the Tigers.

Slutsky, who managed his country at Euro 2016, quit CSKA Moscow - where he won three titles - in December to focus on getting a job in England