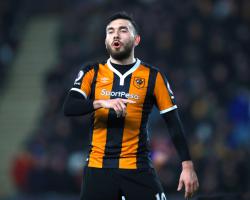 Burnley and West Ham both had earlier offers for Snodgrass, 29, turned down earlier in the transfer window, but Hull have reluctantly agreed to let the Scotland international go after the latest bid was closer to their own valuation, a Tigers spokesman has confirmed.

Hull head coach Marco Silva drafted in Liverpool winger Lazar Markovic on loan from Liverpool this week, while three other players have arrived at the KCOM Stadium this month.