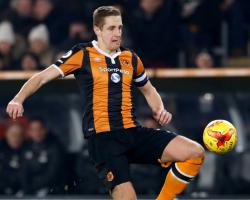 Centre-half Dawson was withdrawn from the starting line-up for last week's home win against Liverpool after pulling out of the warm-up, while striker Hernandez was forced off midway through the second half.

"Michael has a calf injury

We need to see over the next few days but maybe a few weeks out," head coach Marco Silva told a press conference before Saturday's lunch-time kick-off at Arsenal.

"Abel is the same situation

Hamstring muscle and he's out for a few weeks."

Hull confirmed on Wednesday their appeal to FIFA to force through the signing of Guincamp striker Yannis Salibur had been unsuccessful.

Paperwork for the deal, reported to be ÃÂ£9million, had not been properly completed in time before last week's transfer deadline.

"Of course that's not my job," Silva said

"The club tried to do their best to find a solution for me, but they (FIFA) didn't accept

"I don't have anything else to say about this.

"It's not important to tell you if it's disappointing or not

It would be important if we had one more player for that position.

"We don't at this moment, they didn't accept his registration, but it's a moment to talk about the players we do have in our squad."

One such player is midfielder Tom Huddlestone, who has been central to the Tigers' climb off the bottom of the table to within one point of safety following two wins, a draw and one defeat in four league games since Silva arrived in early January.

Silva's seven transfer window signings have played their part in the Tigers' upturn in fortunes, but nobody has pleased Silva more than Huddlestone

He's high quality, you know this

"I see Tom with different motivation

He always works well during the week.

"With the quality Tom has, we need to do more and give more because he's a fantastic player for me and for our team

Silva, a relative unknown in England when he replaced the sacked Mike Phelan, already knows what it takes to win at Arsenal.

The Portuguese masterminded Olympiacos' 3-2 victory at the Emirates Stadium in the Champions League last season when in charge of the Greek champions.

But he typically played down any significance as the Tigers bid for a repeat of their shock 2-1 Premier League success at Arsenal in 2008.

"It's a fantastic stadium," Silva said

"We're playing against a great team

"They didn't have good results in their last two games and, of course, the last time I played there it was a great result for us, for Olympiacos.

"But now it's different