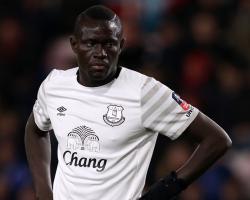 Abel Hernandez struck twice as Hull beat Bournemouth 3-1 to secure their first Premier League win since early November and climb off the foot of the table.

Uruguay international Hernandez scored in each half after Junior Stanislas' early penalty had given Bournemouth the lead, while Tyrone Mings' own goal in the second period gave Hull a two-goal cushion.

Hull registered their first top-flight win in 10 matches in head coach Marco Silva's first league game in charge and exacted sweet revenge on Bournemouth, having been thrashed 6-1 by the visitors on the south coast in October.

Hull received clearance in time for new signings Oumar Niasse and Evandro to make their debuts off the bench in the second period, while Hernandez was making his first start since recently returning from a two-month lay-off due to hernia surgery.

Bournemouth boss Eddie Howe, criticised by a section of Cherries fans for making 11 changes for last week's FA Cup defeat at Millwall, made nine more in reverting back to his regular line-up and handed goalkeeper Artur Boruc his 100th Premier League appearance.

Hull, whose last league success had been a 2-1 home win against Southampton on November 6, made a wretched start, falling behind in the third minute to Stanislas' penalty after Harry Maguire bundled over Ryan Fraser in the area.

Referee Martin Atkinson did not hesitate in pointing to the spot and Stanislas lashed his spot-kick into the roof of the net for his first goal since firing a brace in Bournemouth's autumn thrashing of the Tigers.

Hull were lucky not to have fallen 2-0 down in the 22nd minute when Benik Afobe failed to capitalise after Michael Dawson misjudged the bounce of a ball over the top.

The home side had not had one effort at goal before Robert Snodgrass volleyed over from 30 yards just after the half-hour mark, but having played second fiddle they turned the game around with a 32nd-minute equaliser.

Andrew Robertson swung over a brilliant cross to the far post and Hernandez, also on target in last week's FA Cup win against Swansea, headed home his first league goal since August.

Momentum quickly swung Hull's way and they could have gone in at the break in front, but Ryan Mason's shot was blocked by Ryan Fraser and Sam Clucas pulled his effort wide.

Five minutes into the second half though, the Tigers went ahead

Snodgrass fed Hernandez on the right edge of the area and the striker jinked inside before unleashing a thumping left-footed shot beyond Boruc and inside the far post.

Mason went close with a rising 25-yard effort as Hull continued to dominate and their enterprise was further rewarded in the 62nd minute when Tom Huddlestone's shot from the edge of the area was inadvertently turned home by Mings.

Bournemouth gathered themselves and Jack Wilshere was denied twice in quick succession by Hull goalkeeper Eldin Jakupovic, who kept out shots from just inside the box, the second at full stretch.

Hull's new Brazilian signing Evandro replaced Snodgrass to make his debut midway through the second half before Bournemouth right-back Adam Smith spurned another chance for the visitors after being played in by Wilshere.

Two-goal hero Hernandez was given a rousing send-off when replaced by Everton loanee Niasse in the closing stages as Hull held on for victory and kept their survival hopes alive.