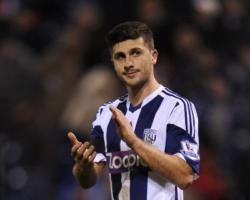 Tigers advance to sixth roundFirst-half goals from Curtis Davies and Robert Koren saw Hull book their place in the FA Cup sixth round with a scrappy win over Brighton at the KC Stadium.This fifth-round replay was never likely to go down as a classic, with fewer than 11,000 in the ground and both sides having played just 48 hours earlier in the league

But that will matter little to the Tigers, whose 2-1 win earned them a home tie against Sunderland.Davies' headed effort and Koren's deflected free-kick put the Barclays Premier League side two up inside 35 minutes but their second-tier opponents gave themselves hope when Leonardo Ulloa, a goalscorer in the previous fixture at the Amex Stadium, nodded home from close range with 22 minutes to go.That made things unnecessarily nervy for the home side in the closing stages but they closed out victory to tee up a last-eight meeting with Steve Bruce's former club Sunderland, who they have already beaten twice this season.There were six changes apiece as bosses Bruce and Oscar Garcia attempted to balance a shot at Wembley against fitness considerations from their weekend workouts, and the result was a disjointed affair.Hull came out with attack on their mind, twice setting Ahmed Elmohamady free on the right wing in the opening minutes.Matty Fryatt, recalled for a rare start, could not quite provide the finishing touch, but the intent was clear.Sone Aluko was also seeing plenty of the ball and it was his surge upfield that provided the impetus for the first goal on the quarter-hour.His neat footwork took him past two men and started a move that resulted in a Hull corner from the left.Koren delivered it deep towards Davies, who jumped highest and headed it back across goal on the angle.Jake Forster-Caskey and David Meyler were both standing at the back post but, as they battled to get a head on Davies' effort, it simply looped over both of them, off the woodwork and in.It was Davies' second of the season and first ever in the FA Cup.Brighton's likeliest source of a reply seemed to be David Lopez on the right wing, with Maynor Figueroa not always keeping track of his man, but Davies and James Chester were marshalling the penalty area diligently.Chances were slow in coming, with Hull's next clear sight of goal arriving when Matthew Upson fouled Davies 25 yards out.Aluko's shot ricocheted off the wall and bounced awkwardly in the box but Rohan Ince was able to hack the ball clear.Hull doubled their lead when Lewis Dunk's trip on Aluko offered them a second inviting free-kick.This one was a couple of yards closer to the area and captain Koren pulled rank on Aluko before whipping a low, curling effort goalwards.A slight deflection from the outstretched leg of Stephen Ward helped it on the way, wrongfooting Peter Brezovan, who nevertheless made a mess of his attempted save and merely helped the ball over the line.Half-time saw Seagulls boss Garcia send on Kazenga Lualua for David Rodriguez and, within five minutes of the restart, the visitors were almost back in it.Dunk battled hard to win Ward's cross and, when the ball dropped, hit a thunderbolt against the crossbar with Steve Harper well beaten.Hull might have killed the fightback had Figueroa passed instead of shooting from an acute angle or had Aluko not been denied by Ward's fine sliding block, but it was Brighton who scored next.Again, it needed a free-kick to make things happen - Lopez whipping one into the six-yard box where Ulloa's faint header beat Harper.Hull threw on George Boyd and Stephen Quinn to freshen up their midfield but were largely set on containment.Solly March worked Harper with one late attempt, but otherwise Hull were not seriously threatened