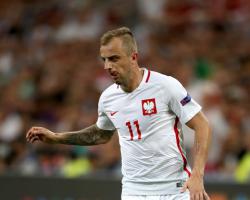 Signed on loan from Inter Milan last month, Ranocchia produced an immense display on his full debut to repeatedly shut down the visitors' sporadic attacks before threading the stunning late through-ball from which Niasse put the game beyond doubt.

Ranocchia had only been elevated to the starting line-up after Michael Dawson was injured in the warm-up and both his performance and those of fellow debutants N'Diaye and Kamil Grosicki suggest Silva's men have survival in their sights.

The new Tigers boss has imbued his side with belief and confidence and it was evident at both ends of the pitch, in contrast to Klopp's men who failed abjectly to make their portions of pressure tell.

Two glaring misses from Philippe Coutinho summed up another abject day for the visitors, who only had themselves to blame as their top-four credentials took another major pounding.

The return of Sadio Mane from African Nations Cup duty promised to help the Reds get back on track but the Senegal man was rendered a bit-part player for long periods and had only one fine second-half chance to make an impression.

The visitors might have expected an easier afternoon when Coutinho was afforded far too much space in the Hull box in the second minute but failed to take advantage.

N'Diaye hit a weak shot straight at Simon Mignolet and Ranocchia cut out a dangerous James Milner cross before the visitors spurned their best early chance, Coutinho bouncing a shot over the bar after home keeper Eldin Jakupovic flapped a Roberto Firmino cross into his path.

Otherwise Hull were matching their illustrious opponents in every department and were good value for their half-time lead, from a move which started with Grosicki's well-delivered corner from the right.

Harry Maguire's header was not dealt with by a flustered Mignolet under pressure from Abel Hernandez, and the ball fell invitingly to N'Diaye, who stroked it home from close range.

Liverpool piled on the pressure at the start of the second half, forcing a succession of corners from which Mane, Joel Matip and Emre Can all came close to connecting in a crowded box.

Mane almost levelled in the 56th minute when he met Adam Lallana's cross with a looping header which Jakupovic did well to claw out from under his bar, before it was booted away by Maguire.

And despite further pressure from the visitors, Hull twice came close to increasing their advantage through Hernandez, who fired into the side-netting after being put through by Tom Huddlestone's clever flick, then was narrowly denied by the on-rushing Mignolet after good work from Grosicki.

The hosts had an extraordinary let-off in the 68th minute when sustained Liverpool pressure ended in a Milner shot being blocked before Coutinho contrived to lash across the face of goal from six yards.

Jakupovic proved equal to Milner's curling shot and just when it seemed the visitors' relentless pressure must surely tell, Ranocchia set up a superb late counter-attack which ended in Niasse racing clear and keeping his nerve to fire under the advancing Mignolet.