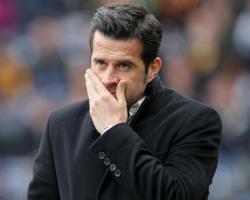 Harry Kane capped another prolific season with a second hat-trick in four days to secure the golden boot for the second successive season as Tottenham demolished relegated Hull 7-1.

The England striker fired four in Tottenham's 6-1 thrashing of fallen champions Leicester on Thursday to overtake Everton's Romelu Lukaku in the Premier League scoring charts and struck three more to take his tally to 29 for the season as Hull were torn apart.

Kane scored twice in the first half and completed his hat-trick midway through the second period, with Mauricio Pochettino's side celebrating their best top-flight finish since 1963 in fine style.

Two goals from Kane in the opening 13 minutes swept Tottenham in front and Dele Alli put the game to bed on the stroke of half-time.

Although Sam Clucas pulled one back for Hull midway through the second period, Victor Wanyama, Kane, Ben Davies' thunderbolt and Toby Alderweireld turned the final game of the season into a rout.

It was a sad end to the season for Hull and their popular head coach Marco Silva, whose players were no match for the free-flowing Londoners.

Tottenham settled into an early rhythm and soon began to stretch Hull, so it was imperative the home side did not give possession away cheaply.

But that is exactly what they did in the 11th minute when Josh Tymon's under-hit pass was intercepted by Christian Eriksen.

There appeared little danger when the Danish midfielder slipped the ball to Kane in a central position just outside the penalty area, but the striker took one step and crashed a low left-footed shot into the bottom corner.

Hull goalkeeper David Marshall, making his first league start under Silva, appeared flat-footed and the Scot was picking the ball out of his net again two minutes later.

Tottenham swept forward, Eric Dier's neat crossfield pass picked out Kieran Trippier on the right and his measured ball in was turned home by Kane from close range for his 28th Premier League goal of the season.

The England striker almost added his 29th moments later as a shell-shocked Hull were cut to ribbons, but he fired off target from inside the area after Alli's clever backheel had fallen into his path.

Hull recovered their composure to some degree before the break, but Marshall saved well from Heung-Min Son's snap-shot following Davies' assist and then held on to Dier's header from a corner.

Marshall denied Son with his feet early in the second half and Alli with his finger-tips after the midfielder had attempted to flip the ball over the goalkeeper's head.

Then, in the 66th minute, Silva's side pulled one back

Grosicki raced into the box to tee-up Niasse and, when the latter's shot was blocked, the on-loan Everton striker backheeled the ball to Clucas, who buried his low shot.

Marshall had saved brilliantly to keep out Eriksen's effort, but was helpless when Wanyama headed home the Dane's deep cross.

Kane then showed admirable composure to finish low into the bottom corner from inside the area after being slipped in by Alli's pass to seal his seventh goal in two matches.

Substitute Vincent Janssen forced another excellent save from Marshall, but Davies slammed home Tottenham's sixth from outside the area in the 84th minute and Alderweireld turned home Trippier's cross three minutes later.