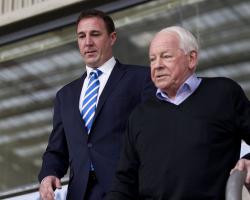 Hull 1-2 Tottenham Hotspur: Match Report - view commentary, squad, and statistics of the game as it happened.Spurs come from behind to winChristian Eriksen conjured a last-minute winner for Tottenham as Hull paid in full for Gaston Ramirez's reckless red card.Former Spurs man Jake Livermore had given Hull the lead with an early 25-yard drive but Ramirez, making his belated full debut, left the Tigers a man short for 40 minutes when he needlessly wrestled Jan Vertonghen to the floor.Harry Kane's 10th goal of the season levelled things just after the hour when Eriksen's free-kick came back off the post - and the Dane completed a 2-1 success with a clinical finish in the dying moments.While the result papers over some of the cracks that had been obvious in the Spurs side during a listless first half, Hull's struggles are increasingly hard to ignore with one win in their last 11 fixtures and just a point separating them from the drop zone.Both sides went into the international break on the back of disappointing defeats, Hull at Burnley and Spurs at Stoke.They made six changes apiece in response, Mauricio Pochettino's largely enforced by a spate of Tottenham injuries while Steve Bruce restored fit-again trio Allan McGregor, Nikica Jelavic and Michael Dawson.Dawson was one of three recent Spurs players in the Hull XI, joining Tom Huddlestone and Livermore.And it was the latter, having never scored a Premier League goal for Tottenham, who made a huge early impression.Ahmed Elmohamady's deep, hanging free-kick created the initial problem, Federico Fazio making first contact but only heading tamely into no-man's land 30 yards out.Livermore was there to collect, taking the ball out of his feet with a touch before sending a skidding effort into the bottom corner.It was his first of the season and just the fifth league goal of his career, making it hard to tell if his decision not to celebrate came out of respect or from mere lack of practice.Hull were emboldened by the breakthrough and pressed forward in pursuit of a second.Hugo Lloris almost gifted it to them when he came to collect Huddlestone's free-kick, only to spill it in front of Ramirez.The Uruguayan still had to negotiate a crowded box and Ben Davies was on hand to clear the danger.The Spurs goalkeeper more than atoned for his mistake in the 21st minute as Hull twice failed to convert yawning openings.Elmohamady smartly freed Jelavic down the right and when his cross found Robbie Brady in space 10 yards out it seemed a certain goal.The Irishman connected sweetly but Lloris hurled himself low to his left to make a wonderful save.Less than a minute passed before Brady's cross-shot had Lloris sprawling for a second time - but his parry landed perfectly for Hatem Ben Arfa to smash home.Instead he blazed over, allowing Spurs to breathe again and struggle through to half-time.Pochettino removed the unimpressive Eric Dier at half-time, the reluctant right-back having been booked for a crude hack on Brady.Having increased his chances of finishing with 11 men, the Spurs boss then saw Ramirez dismissed.The Uruguayan petulantly hauled down Vertonghen having initially tussled with Mousa Dembele, and was sent packing on the advice of assistant referee Peter Kirkup.The balance of the match changed immediately but it took 11 minutes for the equaliser.Curtis Davies' foul led to a dangerous free-kick that Eriksen curled against the post, with the rebound deflecting off the beaten McGregor

It landed directly at the feet of Kane, who gratefully converted.From there on Tottenham laid siege, only for their finishing to let them down.Soldado steered a first-time effort just off target after Dier's replacement Vlad Chiriches picked him out from the right before Kane spurned an even better chance two minutes later.Substitute Aaron Lennon's cross found him a couple of yards out at the far post, only for him to head inexplicably wide.Hull appeared to have done enough to cling to a point but there was a sting in the tail.Having run themselves ragged trying to keep their opponents out, the hosts eventually gave way as Lennon threaded the ball through to Eriksen at the edge of the area.He took advantage of Curtis Davies' reticence to make a challenge, opening his body and whipping a shot across McGregor and into the corner