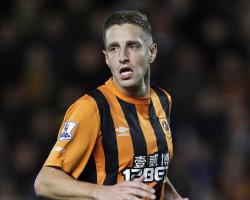 Hull 0-0 West Brom: Match Report - view commentary, squad, and statistics of the game as it happened.Boring battle at the bottomExactly one month after his first full England call-up Saido Berahino found himself relegated to a bit-part role as West Brom's sluggish run of form continued in a tepid 0-0 draw against Hull at the KC Stadium.A ninth minute penalty miss from Graham Dorrans summed up another frustrating afternoon for the Baggies which Berahino - introduced for the final 18 minutes in place of Victor Anichebe - failed to salvage.If the result will do little to ease the pressure on their under-fire boss Alan Irvine, neither will it work wonders for Hull, who slid into the relegation zone after this stalemate which extended their own winless run to eight games.Stephen Quinn came closest for the Tigers when his flicked header from a Jake Livermore cross almost caught out visiting keeper Ben Foster in the 59th minute, but the sense of frustration soon returned

If a classic was never on the cards supporters of both sides at the KC Stadium might have expected more from a dismal first period in which the only shot on target from either side was Dorrans' ninth minute penalty miss.The visitors had already been denied a third minute shout after Victor Anichebe fell under the challenge of Craig Dawson in the box, but referee Michael Oliver showed no hesitation shortly afterwards when the same player was pulled back by Livermore.Dorrans' penalty was placed well enough but Hull keeper Allan McGregor guessed right to dive to his left and paw the ball clear to the delight of the Tigers fans behind his goal.Given the Baggies' recent travails Bruce's men could have been forgiven for ringing this date on the calendar as a golden opportunity to get their season back on track with three points.Not only had they emerged from their midweek trip to Everton with a creditable draw, but they had striker Abel Hernandez back to lead their front-line after missing the previous two games on paternity leave.But the sum total of their lightweight first half assault was a half-chance in the 22nd minute when David Meyler shrugged off the sleeping Sebastien Pocognoli and struck a shot towards goal which was blocked by Gareth McAuley in the box.Hull showed some signs of stirring after the break with Sone Aluko, given a rare start after coming off the bench to score his side's equaliser at Goodison Park, scuffing a deflected shot wide before the hosts almost snatched the lead just before the hour mark.Livermore made ground down the right flank before crossing for Quinn whose flicked header from distance almost caught out Baggies keeper Foster, who had to drop low to his left to palm the ball out for a corner.Livermore caused problems again two minutes later when a spell of home pressure ended in the former Tottenham man tugging a low shot straight at Foster from 18 yards.The Baggies' best chance came in the 72nd minute when Craig Gardner was fouled by Tom Huddlestone and from the resulting free-kick Gardner drew a rare save out of McGregor.Irvine had seen enough, immediately introducing Berahino, to the obvious pleasure of the visiting Baggies fans.But as with so many of Berahino's recent performances since his call-up by Roy Hodgson for last month's double-header against Slovenia and Scotland, he seemed curiously off the pace and never threatened McGregor in the home goal.Hernandez came close with a late header for Hull and Baggies sub Brown Ideye drew a save from McGregor, but the final whistle was greeted by predictable boos from fans of both sides