Marco Silva only focused on Hulls result against Sunderland 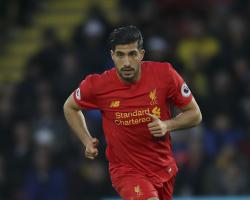 The Tigers head into the game two points clear of relegation rivals Swansea but with a two-goal disparity which could yet prove crucial if the two clubs conclude their run-in sitting level on points.

But Silva is adamant his players must not get distracted by the idea that David Moyes' men could be there for the taking after their relegation was confirmed following last week's home defeat to Bournemouth.

Silva said: "We will prepare to win the game and if we win 1-0 it is good for us - I don't want anybody to think it is easy or we will get the goals, because then it is a big mistake for us.

"We need to win but we need to respect a lot the Sunderland players, and I don't permit my players to think like this

"Everyone knows their position and where they will play next season, but this is a dangerous game for us and we have to respect them even more and go about it the right way."

Victory over the Black Cats would - temporarily at least - give Hull a five-point advantage over Paul Clement's men who do not kick off against Everton until Saturday evening.

But Silva also dismissed the suggestion that his side might hold a psychological advantage as they look to complete what would be a great escape since Silva's arrival in January.

He added: "It's only important to win and to take the three points, and then we will see what the (Swansea) score is.

"Our home form gives confidence to our players, but this is a new game

We are more comfortable at home in front of our fans and we want to win more than our opponents.

"We want to do our best and control what it is possible to control - the game, our opponents and our players

Anything else is impossible to control."

Silva does not expect any new injury concerns, but the game will come too soon for defender Omar Elabdellaoui who has returned to training following a back problem.

Dieumerci Mbokani could come back into contention after a hamstring problem, but Ryan Mason, Moses Odubajo and Will Keane remain absent

Niasse said: "I was in a difficult situation at Everton and I knew that it wasn't me doing something wrong - it was just life and football is like that

"I have a long way to go

I have to give my best to finish the season and also next season, because I need to show again that I deserve to play in the Premier League."