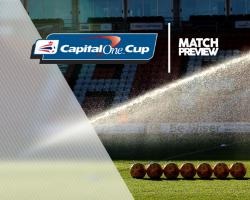 Manchester United failed to capitalise on their top-four rivals' struggles as rejuvenated Hull left Old Trafford with a hard-fought point from a goalless stalemate.

Manchester City may have made light work of West Ham but their other Champions League rivals' inability to win gave Jose Mourinho's men a great opportunity.

However, United could only continue that trend in a surprisingly limp display against Eldin Jakupovic-inspired Hull, whose improvements under recently-appointed manager Marco Silva were clear in this 0-0 draw.

The point moves City off the bottom of the Premier League, while a ninth league draw of the campaign leaves Mourinho's side four points off the top four.

The United boss will no doubt bemoan refereeing decisions - just as he did when Hull ended his side's 17-match unbeaten run in last week's EFL Cup semi-final clash - but cannot get away from a flat display from the hosts.

Superb stops from goalkeeper Jakupovic saved Hull when United threatened, although City came close to snatching a famous late win as Lazar Markovic, on loan from Liverpool, rattled the post.

The Tigers more than held their own and fired a shot across the bows in the seventh minute as Harry Maguire, looking transformed under Silva, headed Evandro's free-kick just wide.

Merseyside rejects Markovic and Oumar Niasse, on loan from Liverpool and Everton respectively, gave the hosts little respite at the back as United struggled to fluster City.

Andrew Robertson thwarted Henrikh Mkhitaryan as early as the second minute as the visitors stood firm, with it requiring a moment of inspiration for United to first threaten as Zlatan Ibrahimovic shrugged off Tom Huddlestone to unleash a shot creeping in until Jakupovic's fingertip stop.

Marcus Rashford's invention saw the resulting corner flicked back in for Marcos Rojo to head over and Daley Blind failed with a volley shortly afterwards, yet Hull's defence was holding firm.

There was a sigh of relief when referee Michael Jones decided against awarding Niasse a second booking for a challenge on Michael Carrick, who was not having as much of an impact on the game as he would like.

United's passing in the final third was proving ineffective aside from the odd flashes of Paul Pogba and Ibrahimovic's understanding.

The Swede scuffed wide from Pogba's lay off, before the roles reversed as Ibrahimovic's classy first-time flick put the France midfielder through, getting away a shot that Jakupovic met with an impressive one-handed save.

Maguire and Markovic had poor efforts before the break, with Wayne Rooney replacing Carrick when play resumed.

Hull were looking bright and Rojo blocked Markovic's shot when the visitors broke, before Phil Jones pulled up injured as Niasse chased him down, leading to Chris Smalling's 55th-minute introduction.

Moments later Rashford miscued his attempt to alter an intriguing contest as his lovely touch was followed by a bobbling effort that rolled across the face of Jakupovic's goal.

Ibrahimovic fizzed an attempt wide before referee Jones ignored fans' calls for Niasse to receive a second booking after an overzealous challenge on Blind.

Silva sensibly took the decision to replace him with Abel Hernandez, while the Hull manager's decision to stick with Jakupovic instead of summer signing David Marshall continued to pay dividends.

United looked set to make the breakthrough when Rojo headed the ball back across goal to Mata, whose close-range strike was marvellously kept out by the feet of Jakupovic.

The Old Trafford faithful was becoming audibly frustrated and Mourinho was incandescent on the touchline when Ibrahimovic saw penalty shouts ignored with 10 minutes remaining.

More penalty appeals against Hull followed as the United boss paced the technical area - and his anger nearly grew as Markovic sent a strike off the post.

David de Gea stopped a tame Hernandez effort as City attempted to score at the death, while Jakupovic came to the rescue as the home side pushed for a late winner.

The goalkeeper impressively stopped a Rojo header finding the top corner and then Pogba from bending home - an outstanding display that gave Hull a deserved goalless draw.