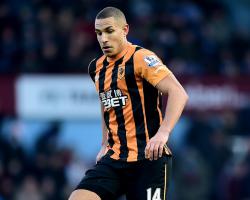 The 25-year-old England international was suspended by Hull and the Football Association on May 15, pending the outcome of disciplinary proceedings.

He tested positive for a banned substance after playing in Hull's win at Crystal Palace on April 25, but it subsequently came to light that he was grieving the death of his newborn baby.

Official sources were unable to comment on whether Livermore will be punished or not, due to protocols surrounding the matter.

Cocaine is considered recreational but as an illegal substance is still on football's banned list and FA rules indicate a ban of between six months and two years is possible.

"Unfortunately he lost his baby just after the FA Cup final last year (2014).

All footballers think they are macho-men but they have problems like everybody else."

Livermore, whose solitary England cap came in a friendly against Italy in 2012, joined Hull on a season-long loan from Tottenham in 2013 and completed a permanent move in June last year.