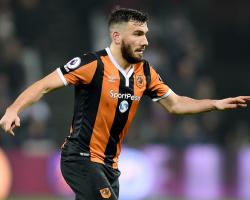 Snodgrass turned down a new long-term deal with the Tigers last month, and although the club recently triggered a one-year contract extension on the Scotland international, West Ham have tabled a reported offer of ÃÂ£3million.

A club source told Press Association Sport that the bid had been rejected but West Ham are expected to further test Hull's resolve, while t he 29-year-old's refusal to commit himself to the KCOM Stadium has alerted several other Premier League clubs

The Tigers won only three of their 20 league games under Phelan, who had been hindered by injuries to key players and a lack of investment, but Snodgrass has caught the eye with 12 goals in 25 appearances in all competitions

But he has rediscovered his best form with the Tigers this season, scoring in the recent home draw against Everton with a brilliant free-kick - he had hit the crossbar with a similar effort 10 minutes earlier - and also finding the target in Monday's defeat at West Brom