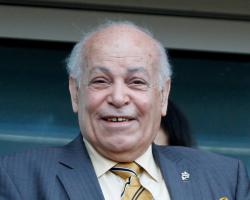 Owner Assem Allam has threatened to walk away if he does not get his wish, and the City Till We Die group is concerned about what supporters will be asked to vote on.

As a result, they are urging the club to pose two questions.

A spokesman said: "The club has yet to announce the exact wording of the question which will be posed, or how the ballot will be run.

"However, City Till We Die are concerned that the voting form may be worded in such a way as to present the ballot as a vote of confidence in the Allams' overall stewardship of the club, rather than the single issue of the name change.

"Our campaign has always been about retaining the name 'Hull City' and nothing else.

"We are therefore calling on the club to include TWO questions on the ballot form: 1

Do you agree with the proposed name change to "Hull Tigers"? - YES/NO; 2

Do you support the Allam family's continued ownership of Hull City? - YES/NO.

"We know that many supporters wish to remain as Hull City, but are happy for the Allams' ownership of the club to continue.

"We also hope there will be independent adjudication of the ballot, to avoid any doubt about the legitimacy of the results.

"As ever, we remain keen to explore alternative means of making the club financially self-sustaining, without the need for changing its historic name."

Allam is convinced changing the name of the club after 110 years would open up new marketing opportunities which he insists are vital if it is to thrive in the Barclays Premier League.

However, while understanding the need to attract additional revenue and acknowledging the good work which has been done by the Allams, the City Till We Die group has fought against the proposal from the off.