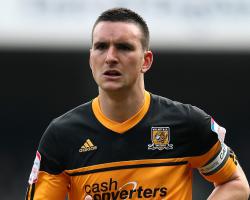 Hobbs has played 27 times for Forest after being deemed surplus to requirements by Tigers boss Steve Bruce and, with other Sky Bet Championship sides alerted by his good form, talks were opened over a transfer this month.

It appeared a done deal when Forest chairman Fawaz Al Hasawi tweeted that terms had been agreed, while Bruce wished the player well in his future, but a six-week injury to James Chester appears to have prompted the rethink.

Chester's absence, coupled with Bruce's preference for three central defenders, means Hobbs now has a realistic chance to pit his Premier League credentials against the likes of Paul McShane and Abdoulaye Faye.

He has already been back in training with Hull but is ineligible for Saturday's FA Cup fourth-round clash at Southend having already played in the competition for Forest.

The decision to bring 25-year-old Hobbs back to the KC Stadium would cost Hull a fee of close to Â£1million, but with top-flight survival an invaluable goal Bruce will consider that an acceptable loss should Hobbs play a part.