Dean Windass- Marco Silva can be success at Hull 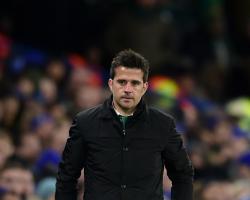 Allam has wasted little time in naming former Sporting Lisbon and Olympiacos coach Silva as successor to Mike Phelan, who was sacked on Tuesday evening.

Silva, 39, becomes Hull's third head coach since winning promotion back to the top flight in May and took his first training session, alongside his coaching staff, on Thursday.

The Tigers are bottom of the Premier League after winning only three games this season and are three points adrift of safety.

But Windass - who made over 200 appearances for Hull in two spells - dismissed the notion that the Portuguese had taken on mission impossible.

"I don't think it is," Windass told Press Association Sport

"You look at the table and we are bottom, but we're not that far away.

"A couple of wins can turn it round quickly and you always get a reaction from the players when a new manager comes in."

Silva will face the media for the first time on Friday afternoon before Hull host Swansea in the FA Cup on Saturday.

The Tigers will then travel to Manchester United for the first leg of the EFL Cup semi-final on Tuesday.

Allam is keen to see an upturn in results soon and will hope the club's next Premier League clash, at home to Bournemouth on January 14, heralds a bright new era.

Allam said: "Marco is a young coach who has impressed us with his philosophy and football style.

"He has a great track record and we feel this is a bold and exciting appointment in our aim to retain the club's Premier League status."

Silva launched his coaching career at Estoril, where he won promotion to the Portuguese top flight in 2012.

Estoril finished fifth in their first season under Silva in the top division to qualify for the Europa League and were in fourth place the following campaign when he left to become coach at Sporting Lisbon.

He steered Sporting to a third-placed finish in the 2014/15 season and won the Portuguese Cup but was sacked four days later, reportedly for not wearing the club's official suit during a match in a previous round.

Silva then guided Olympiacos to the Greek title in his sole season in charge before leaving the club in the summer, citing personal reasons for his departure.

Allam has also vowed to back the new manager in the January transfer window in a bid to strengthen a threadbare squad.

"Marco will be bringing in his own back-room team who have all played their part in his recent success," added the Tigers vice-chairman.

"We are already working hard with Marco and his team to deliver some key additions to our squad during this transfer window."