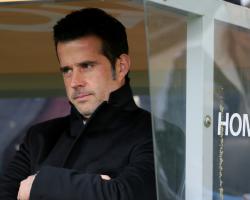 Hull bagged just their sixth point away from home all season by grinding out a goalless draw at St Mary's, with Jakupovic palming away Dusan Tadic's spot-kick.

Silva has guided Hull to 21 points from his 15 Premier League matches at the helm, and hailed the significance of their first positive away result since the goalless draw at Manchester United on February 1.

"This is bound to boost our confidence and help our courage with how we play," said Silva.

"It's true that one challenge we have is to improve our away form.

"Many, many times we played well but in the end the final result was not what we deserved.

"Today it's a result for us of course, not a win, but it's an important point for us.

"It's not quite like a victory, but it's still very important.

"If we had lost this game it really wouldn't have been good.

"The result gives confidence to us; and again it was fantastic attitude from our players as well.

"I want this bravery in our team, but it's not easy, the position where we are in the table.

"This is our football, we play like that at home so why not away as well.

"It's not easy but our players showed big, big courage.

"And that's what we need from them again.

"The penalty was a really important moment for us, a big save."

Sunderland's 1-0 home loss to Bournemouth, coupled with Hull's point at Saints, has condemned the Black Cats to life in the Sky Bet Championship next term.

Hull will now host Sunderland next weekend, and will continue to battle Swansea in the scrap for top-flight safety.

Silva's men must then travel to Crystal Palace before hosting Tottenham on the final day of the season, while Swansea must still face Manchester United, Everton, Sunderland and West Brom.

The Hull boss refused to compare the two sides' run-ins however, insisting his side can only move from game to game.

Asked if Hull face the easier end to the season, Silva replied: "That's not important

If you ask me about our three games I will tell you my opinion, and the next is most important.

"The next game is the most important.

"About Swansea I don't know

We did our work this afternoon and we'll see what Swansea do tomorrow."

Southampton's listless performance was underscored by the fact the penalty miss proved their sole shot on target.

Frustrated boss Claude Puel admitted he had no arguments for supporters booing both him and his players.

"We could not find any solutions, we were too slow, there was no intensity," said Puel.

"It was up to us to find other solutions, but we were too slow in our play to make the difference

That's all our responsibility.

"It's normal (that the fans booed), so we have to accept this."